Earlier this month, the IF’s third large-scale call was announced, with a bumper budget of €3bn.

The EU’s Innovation Fund, launched in 2020, is one of the world’s largest programmes funding innovative low-carbon technologies. The fund can cover up to 60% of a project’s costs, mostly upfront with few strings attached.

The first and second calls for large-scale projects awarded 1.1bln and 1.8bln respectively. 311 applications were received in the first call, of which only 48 met all 5 preliminary eligibility criteria. In the second call, only 139 applications were received, of which 48 met minimum thresholds for all five criteria. Many applications were resubmissions from the first call. Grants of €1.8bn were pre-allocated to the top 17 projects. The third call, which opened on 3 November 2022, will allocate €3bn. With the trend towards fewer projects and more budget, the likelihood of receiving a grant will be greatly increased but the quality of the winners is likely to drop.

Is it really a good idea to offer twice the amount of funding via the Innovation Fund, particularly in the context of a decreasing number of applicants? 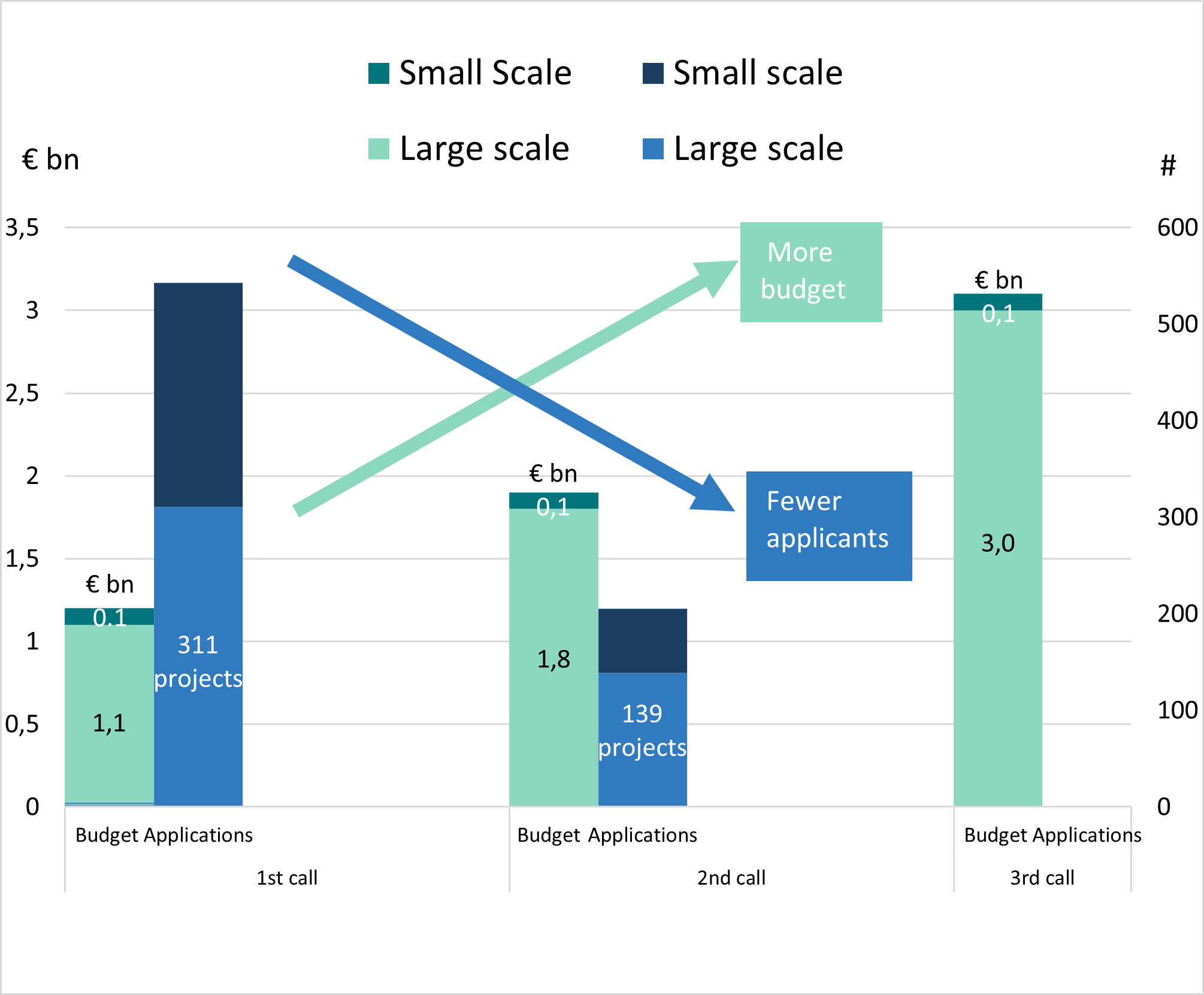 The scale of the climate change challenge requires careful funding allocation: more parsimonious subsidies to “innovation” would free up the funds needed to support activities with high abatement potential currently left out of the granting mechanisms.