Sandbag welcomes the opportunity offered by the European Commission to provide feedback on the draft Delegated Act defining a method for assessing greenhouse gas emission savings for certain fuels. However, we are concerned that, despite the commendable intention to take into account many parameters, the methodology creates a number of perverse incentives. 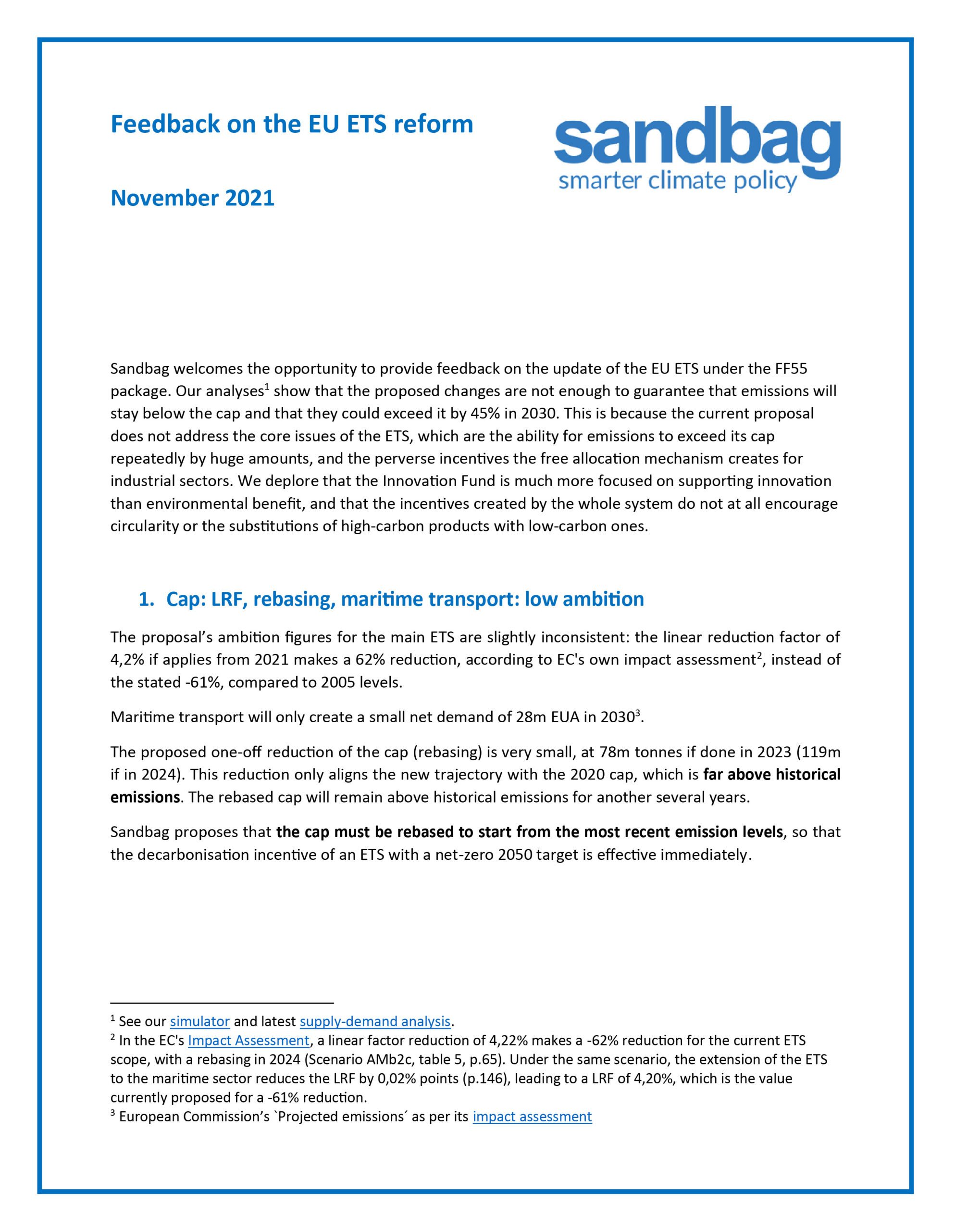 Unlike suggested in the term RFNBO, the method proposed by the Commission does not at all guarantee any “renewable origin” for the fuel produced. Instead, it makes it possible to produce fuels from grid electricity, with a minimal saving of 70% compared to a “fossil fuel comparator” of 94g CO2e/MJ.

That threshold is equivalent to 102kg CO2e per MWh energy content, or 70kg per MWh electricity used to produce the hydrogen, once deducting efficiency losses. Although the figure is well below the average carbon intensity of grid electricity in most EU countries, it is much higher than about 10kg typically for wind power and 30kg for solar. It may be assumed that the carbon footprint of renewables power in higher in some places, but that should not be a reason to raise the overall threshold to the level of the worst renewable energy. Especially as the carbon footprint of renewable energy is likely to decrease fast as, for example, the steel industry (used for wind turbines) decarbonises during this decade.

Double-counting as a rule

But our main source of concern is that the proposed method systematically under-estimates the carbon intensity of the grid electricity used to power electrolysers, by double-counting renewable electricity already used for electrolysers. Indeed, the method proposes two ways of complying to the RFNBO threshold, which plant operators can combined:

It is clear that any electricity considered as additional for compliance to the RFNBO test (for any other installation as well as the one considered) should not be counted as part of the average carbon intensity of the grid for non-additional electricity. Keeping that generation in the formula establishes double-counting as a rule.

As the number of electrolysers grows, and with it the renewables installed capacity, the grid’s average carbon intensity will decrease, reflecting more the RES added for electrolysis and less the electricity used by remaining economic activity. The resulting declining carbon intensity cannot be a reason to rejoice if it only reflects an increased production of hydrogen. Otherwise, we will have fallen in the most obvious trap.

Recommended amendment to the Delegated act on GHG methodology 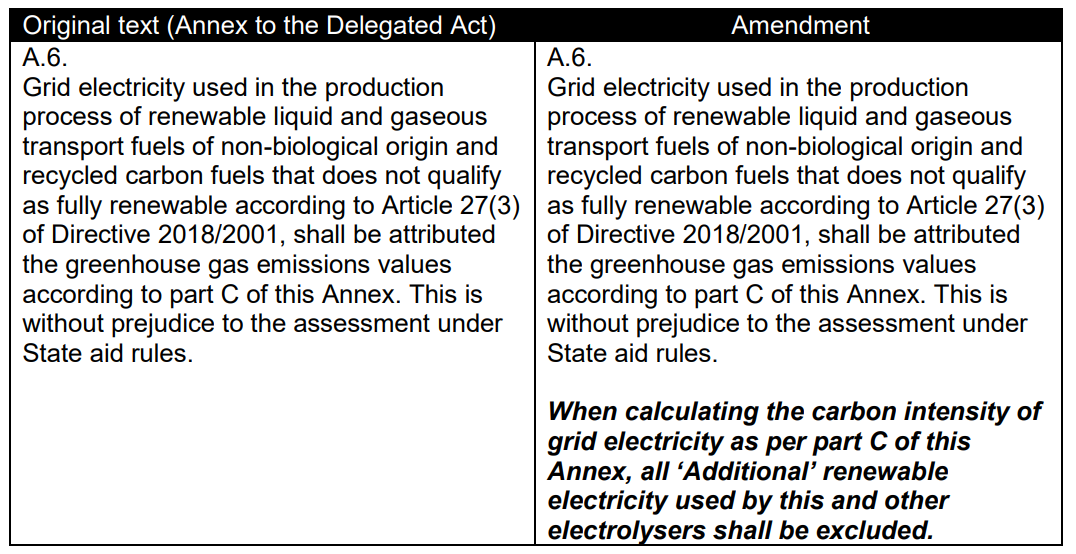 Photo by Thomas Richter on Unsplash