How can we reduce emissions from small fossil fuel generators?

** Update 1st October 2018 **
Read our submission to the government’s Capacity Market and Emissions Performance Standard Review.
In it, we call for the instantaneous 450gCO2/kWh emissions limit proposed in the coal phase-out legislation to include all fuels for new plants, and lower the capacity threshold to 1MWth. This would ensure a real restriction on emissions from all but the most efficient fossil generators.

Our Coal To Clean report showed that the UK does not need to build any more large fossil fuel power stations as a result of the coal phase-out. The UK already has all the baseload capacity it needs.[1]
However in the near term the UK grid will require some additional small flexible fossil fuel generators (“peaking plant”), which will work alongside batteries and DSR to ensure the lights stay on when renewables output is low, especially during the longer lulls in wind generation. Since 2015 peaking plant have replaced a third of the UK’s coal capacity in the Capacity Market (but it’s important to note that renewables have replaced most of coal’s generation). 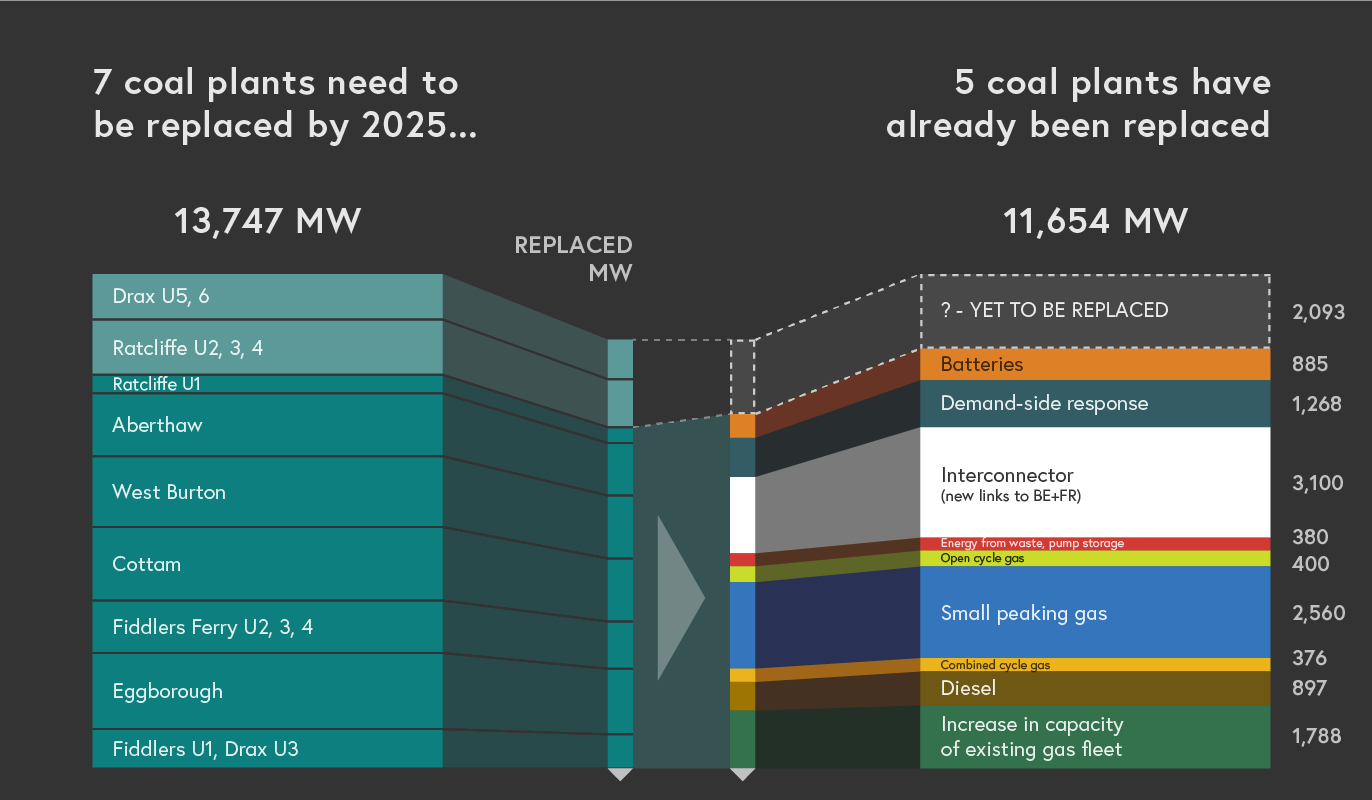 Small peaking plants are cheaper and more flexible than large gas plants, but less efficient. This means they will emit more CO2 per MWh than a large gas plant. Provided peaking plant running hours remain as low as possible and best practice efficiency is used in their construction – their cost and flexibility benefit will far outweigh the increased emissions intensity. Unfortunately, neither of these conditions are currently being met – resulting in excess carbon emissions. We detail the issues and our proposed solutions below:

An emissions limit to guarantee efficiency

Modern small peaking plants are available in a wide range of efficiencies, from below 38% to almost 50%. Currently there are no safeguards in place to prevent developers from selecting the cheapest and least efficient engines, as a result the current UK peaking fleet average efficiency is towards the bottom end of this range.

Combustion plants smaller than 20MWth (~8MW electrical) are not covered by ETS rules, therefore they do not pay the full cost for their carbon emissions.[2] A further loophole exempts plants from ETS rules if they are made up of individual generating units under a 3MWth (~1.3MW electrical) threshold, operating in series – even if the total generating capacity of the plant subsequently breaches the 20MWth threshold. We believe plants with a capacity in excess of 1GW currently exploit these loopholes.[3] Plants exploiting these loopholes will artificially displace more efficient generators in the merit order leading to excess emissions.

Small peaking plants are connected to the distribution network (embedded) and are therefore entitled to a number of benefits not received by the existing large gas plants connected to the transmission network. These embedded benefits can be large enough to offset a peaking plant’s short run marginal cost disadvantage due to their lower efficiencies – causing the displacement of more efficient generators. We believe embedded benefits related to balancing services use of system charges (BSuoS) are currently the largest cause of out of merit order running.

The lack of transparency in distributed generation and emissions remains a concern, especially given the forecast growth in capacity. There are currently no published figures for the running hours of distributed generation. However, we’ve made a rough estimate that emissions could soon be in region of 2.5 million tonnes a year.[4] If the current fleet had been built to a 450gCO2/kWh standard, emissions would be in the region of 0.5 million tonnes a year lower. With the capacity of the peaking fleet expected to grow significantly over the coming years (Timera forecast 5-10GW of new gas engines built across the 2020s[5]), the potential for further emissions savings is clear. 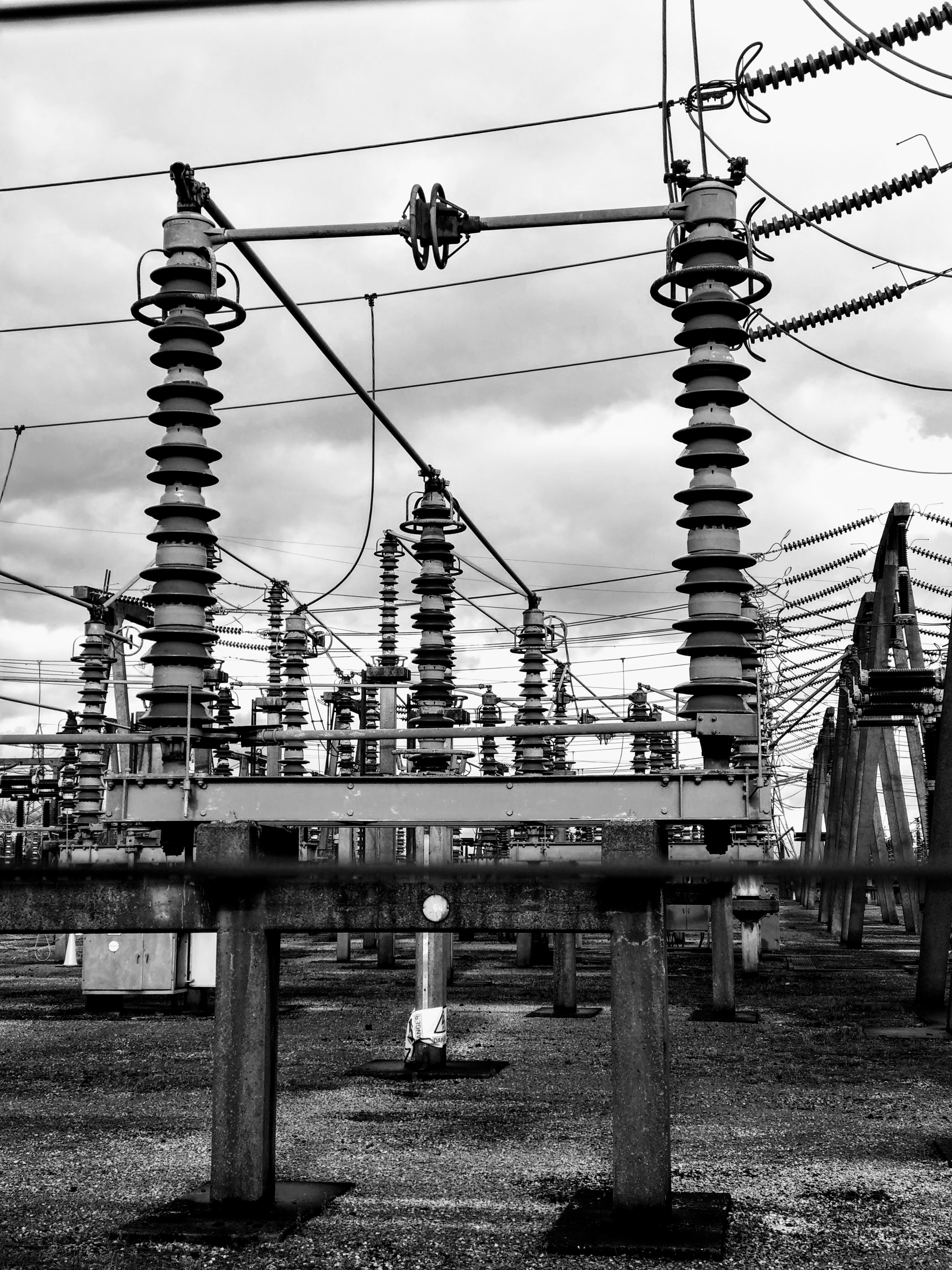 In the near term, new peaking generation is likely to play an important role supporting a grid increasingly dominated by intermittent renewables, working alongside other flexibility technologies like batteries and DSR. As the UK carbon budgets shrink it will be ever more important to ensure emissions from the power sector are as low as possible. We believe the proposed 450gCO2 emissions limit will achieve steadily growing emissions reductions vs. business as usual without unduly raising costs.
In the long term a zero carbon replacement for the peaking capacity will have to be found. We’re calling on the Government to provide funding for interseasonal energy storage technologies, as well as further investigate the possibility of switching to hydrogen.
While new diesel generation has not been successful in recent Capacity Markets due to the increased costs of complying with stricter air pollution limits, our proposal adds a further layer of security by completely preventing new build diesel even if future market conditions changed (such as a narrowing of gas oil spreads).

Key recommendation:
The 450gCO2/kWh instantaneous limit proposed in the UK coal phase-out legislation should be extended to all new build generation with a thermal capacity of over 1MW.