Disagreements over the starting point for emissions trajectory, the use of flexibilities, and treatment of the forestry sector are potential dealbreaker issues that need to be resolved before Member States can reach a consensus. It is unlikely that Council will adopt a position for trilogue negotiations before October.

Introducing Monday’s debate, Commissioner Cañete told ministers the planned US withdrawal from the Paris Agreement implies that remaining parties will have to increase ambition and funding to compensate for the shortfall. He also stressed the importance of developing robust accounting rules for the forestry sector to avoid emissions going unaccounted for.

On the ESR, ministers from Belgium, Luxembourg, the Netherlands, Portugal and Spain warned that any deal reached must not reduce the ambition of the Commission’s proposal. While this rhetoric is encouraging, it must also be expressed in the proposals to be adopted in the Progress report.

Starting point for emissions trajectory after 2020
Ambitious Member States want to retain the Commission’s 2016-2018 starting point or adopt the Parliament’s position. Central and Eastern European Member States, in particular, argue for a starting point in line with 2020/21 targets, which would increase the ESR surplus in the early part of the phase.

‘Safety Reserve’
The Maltese Presidency’s proposed safety reserve – a new pool of allowances which lower income Member States would have access to at the end of the Phase if they struggle to achieve their 2030 targets – was welcomed by Bulgaria, Latvia, Poland, Romania and Spain. They expressed concern that overachievement on meeting targets to date would not taken into account in the new starting points. Others expressed unwillingness to support a safety reserve if it resulted an overall watering down of ambition.

Other flexibilities
The external flexibilities with EU ETS and LULUCF, which Sandbag regards as loopholes weakening the environmental integrity of the ESR, are retained in the Council’s negotiated position. Some Member States have indicated they will seek to increase the amount of LULUCF credits available for compliance under the ESR compared with the EC proposal.

On the LULUCF file, there remains significant disagreement over the methodology for calculating forestry management reference levels (FMRL). The majority of Ministers expressed support for reference levels based on historic data while Member States with extensive forest cover, notably Finland and Slovenia, argued that current proposals would penalise their forestry sectors – even if managed sustainably – and called for reference levels to take into account future plans.

Analysis – What’s in the Council’s position?
The ESR budget currently negotiated in the Council suffers from a structural surplus with a proposed starting point for the emissions trajectory that is well above real emissions levels. The Council has opted for the Commission proposal which will bring nearly 500 million additional allowances to the whole ESR budget, compared with the European Parliament’s position.

Sandbag’s analysis shows that, in addition to the Commission’s proposed starting point, the Safety Reserve and external flexibilities, such as credits from the EU ETS and LULUCF, could increase the 2030 ESR budget by 490 Mt, allowing for very limited additional low-carbon investment in the EU ESR sectors beyond business-as-usual. Use of these external flexibilities ignores low-cost emission reduction opportunities within the EU Effort Sharing sectors.

Creating this surplus across the ESR system means that Member States with cheaper mitigation potential will be unable to sell their own surplus or develop new low-carbon investment projects with support from Member States with higher ESR targets. If the system were tighter, additional mitigation projects and trading of allowances between Member States could uncover the most cost-effective options across Europe – something we promote as the European Project Based Mechanism (EPM).

Who will lose if the ESR budget is not made tighter before October?
A large ESR budget in 2021-2030 is bad news for Central and Eastern European Member States with lower than average GDP/capita, but high cost-effective reduction opportunities. A larger budget would make emission reduction projects in these countries’ non-ETS sectors less attractive

EVENT: New low-carbon opportunities in Romania
In advance of Monday’s ministerial debate, Sandbag visited Romanian Senate to share our analysis on how the Effort Sharing file, among other key climate policies, could be optimised so as to increase incentives for investment in the Romanian economy. Our key Effort Sharing advocacy points were made as an integral part of the lively business and policy leaders debate organised by Sandbag and the Prince of Wales’s Corporate Leaders Group kindly invited to the Romanian Senate by the MEP Norica Nicolai. 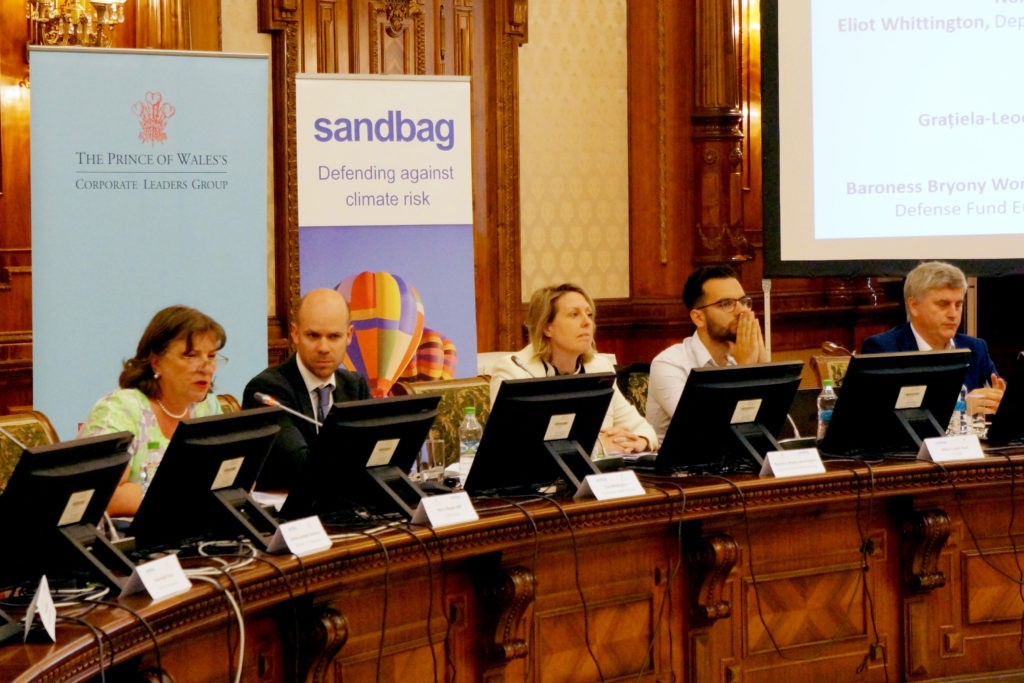 Baroness Worthington from the UK House of Lords addressed the audience sharing her experience of working on the EU climate policy and domestic files in the UK. Reducing carbon emissions without exacerbating social and economic problems is a difficult problem and Sandbag believes that it’s key to look for the most efficient solutions in the market. With price signals helping to guide private entities to make right investment choices, business can often find solutions faster than the government.

Suzana Carp from Sandbag explained how Effort Sharing Regulation can help to facilitate greater investment in low carbon investment projects in Romania. Additional mitigation projects and increased trading of allowances between Member States could uncover the most cost-effective options in Romania. For wealthier Member States with higher ESR targets using ESR projects and transfers may be cheaper than the currently proposed external flexibilities. For instance, if Member States with higher national targets use EU ETS auction credits, it will likely be less expensive to purchase allowances from ESR projects where low-cost reduction opportunities are abundant. 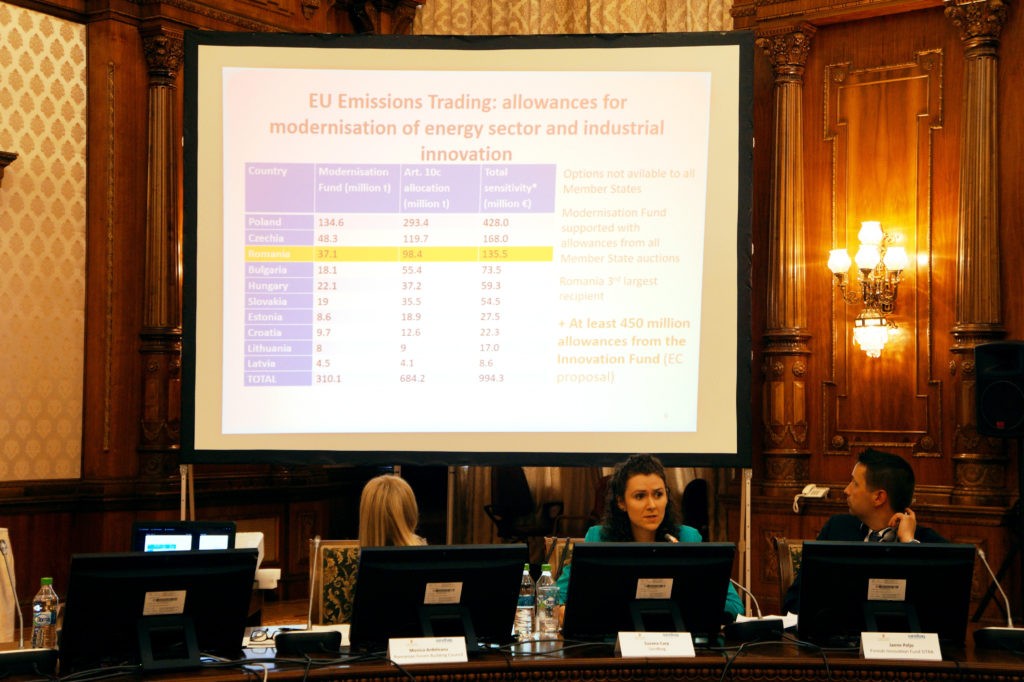 Other keynote speakers at the event included Norica Nicolai MEP, Group of the Alliance of Liberals and Democrats for Europe, Viorel Toma, President of the National Agency for Environment Protection, Prezentare Iulian – Robert Tudorache, State Secretary for the Ministry of Energy.

This event is the second in a series of events organised by CLG and Sandbag where we explored the topic of investment in the non-ETS sectors, with particular focus on the Czech transport and buildings sectors. Find out more here; https://sandbag.be/2017/05/26/event-new-investment-czech-republic-stimulate-low-carbon-growth/