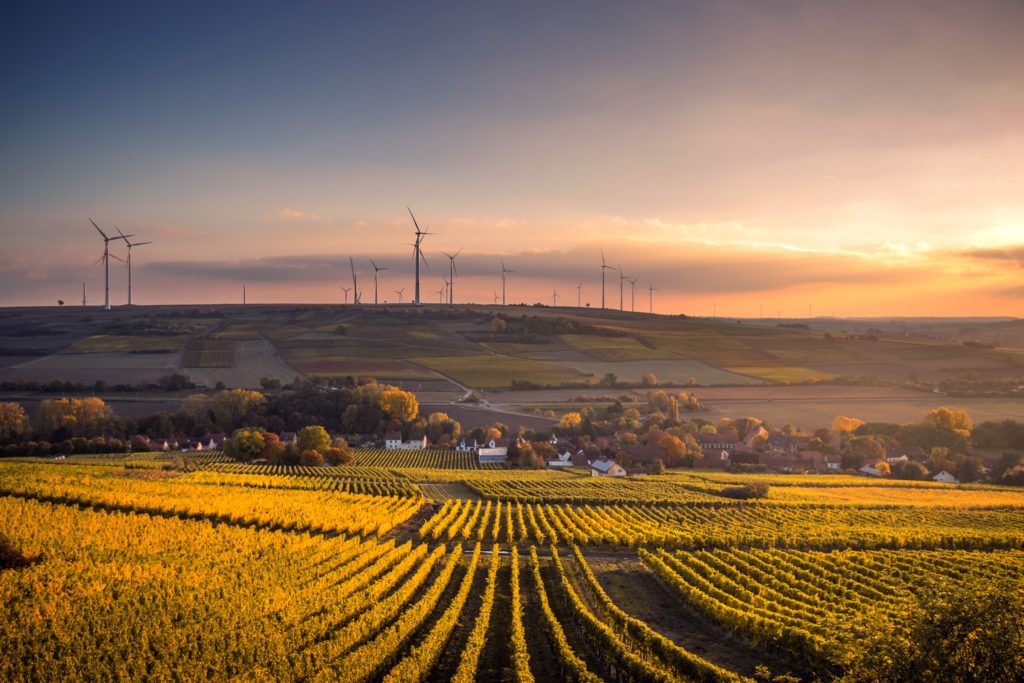 In October 2014, EU Heads of State and Governments agreed to reduce emissions in non-ETS sectors including transport, buildings, waste and agriculture by 30% by 2030, compared to 2005 levels. Today, together with CAN Europe, Sandbag is urging the Parliament’s Environment Committee (ENVI) and the Environment Ministers to make sure that the Effort Sharing Regulation – negotiated in the European Parliament as the Climate Action Regulation – delivers additional emission reductions before 2030.

Ahead of the ENVI vote on May 30th, Sandbag engaged with the European Parliament to promote strengthening the environmental integrity of the scheme and limiting access to external offset credits . We showed that there is an alternative solution – an internal flexibility mechanism that would allow Member States to develop more projects in the non-ETS sectors and encourage transfers of allocations between countries. The ESR can cut more emissions, more cost-effectively, by unlocking financial and technological flows between ESR sectors and Member States with different national targets.
Sandbag’s analysis shows that without more projects to reduce emissions in the ESR sectors, some EU Member States will struggle to meet their 2050 targets. In particular, Central and Eastern European (CEE) countries might be faced with transitional shocks when attaining their share of the -80% target for 2050 – which we see as the minimum under the Paris Agreement.

Chart 1: Difference between the reductions that Member States will face after 2030 to comply with their national targets. Weaker 2030 targets among selected Member States (Annex IV) can result in a long term economic disadvantage 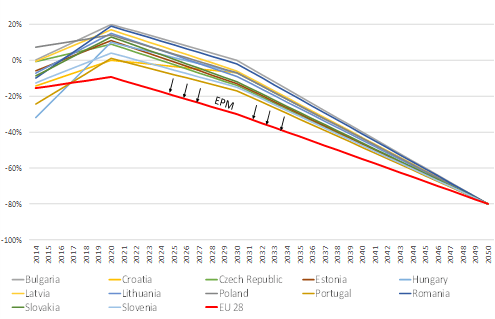 The internal flexibility that can help delivering more reductions in countries with weaker ESR national targets is known as the European Project-Based Mechanism (EPM). It would help directing financial support towards additional low-carbon investment in CEE countries and the development of technologies these countries will need after 2030. All Member States though would benefit from incentivising more projects.  For those Member States with higher 2030 ESR targets, the EPM would give an opportunity to purchase cheaper emission reductions and avoid prohibitive costs that some associate with their higher targets.

You can read more about this solution in our latest briefing for CEE policy makers and business investing in the ESR sectors: EPM: European Project-Based Mechanism. In our 2016 report Bend it, don’t Break it we took a deep dive into possible design options for the EPM and assessment of different flexibility options discussed now as alternatives to the EPM.

What became clear from our analysis is that the EPM must be a strictly internal mechanism. Credits from outside Europe would undermine the climate targets and slow down the modernisation of the European economy. The same applies to almost 380 million weak offset credits, which are currently being considered to meet higher ESR targets in wealthier Member States. These offsets, from poorly quantified sources such as forestry or ETS which is currently full of hot air, risk further decreasing investment in the ESR sectors in Central and Eastern Europe.

Currently we are promoting our findings on the EPM through a series of events and engagements on new investment opportunities in Central and Eastern Europe. Earlier this month we co-organised an event in Prague which helped us discuss advantages of the EPM in the practical context of businesses finding the low-hanging fruits – cheap and easy emission cuts in Czech cities. You can follow the summary of these discussions in Prague here.

In June, ahead of the 19th June Environment Council, we will engage with key policy and business audiences in Bucharest, Romania – more information to follow. With more debates on the topic of low-carbon investment in CEE Member States, we also made sure that the message reaches our national Ministers responsible for the ESR file. We count on them to bring both the economic and environmental rationale back to the heart of the  ESR negotiations.

Image of wind turbines in Molsheim, Germany by Karsten Wurth.