Last week saw the ENVI committee of the European Parliament (Environment, Public Health and Food Safety) discussing a draft proposal – responding to a July 2016 Commission proposal – which, if passed, would create a new “Climate Action Regulation” (though we will continue to use the Effort Sharing Regulation “ESR” acronym for now). This proposal covers approximately 58% of EU-wide GHG emissions, and would give the ESR a long-term plan for how climate objectives to 2050 ought to be met. The proposed ENVI draft is also the first EU climate policy file that gives the legal implications of the Paris Agreement a proper consideration.
Inevitably there are aspects that need further strengthening, but we welcome its forward looking steps. Crucially, it covers all sectors of the economy outside the EU ETS, and is drafted so as to be consistent with existing EU climate change instruments.
Here is our headline assessment of the proposal’s key elements.
Baseline date
The trajectory to 2030 starts in 2017 (not 2020, as the Commission had proposed). This is in line with Sandbag’s stated position. It would remove the equivalent of 1,570 million tonnes of hot air, allowing the mechanism to function better and Member States to start clean in the new decade.
This is not to say that surplus wouldn’t accumulate further. Indeed, due to the internal architecture of the scheme with certain Member States having extremely generous targets for the cycle up to 2030. However, the new ENVI draft proposal does contain important suggestions as to how this architecture could be enhanced, although its effects are not expected to make a difference in the first years of the scheme.
Long-term target
We welcome the inclusion of an 80% target for 2050. However, the road to this target looks rocky and extremely steep. In our report The Effort Sharing Dinosaur, Sandbag highlighted the fact that with the the current emissions reduction target for these sectors by 2030  being as low as 30%, the EU’s 2050 goals are likely to be missed (assuming MS don’t over deliver the targets, following their own trajectories to 2050).
The reason for that is that without an increase in the 2030 target, a subsequent 50% reduction will need to be delivered in only two decades (2030-2050). And the interim target also on the table (potentially 60% by 2040) implies a doubling of the efforts carried out from 2008-2030 in only 10 years. While this would be achievable, a higher 2030 target would smooth the trajectory to 2050.
Such a target would be easily achievable. Our emissions projections show that emissions will already be 28% lower than 2005 levels in 2021[1], which transforms the 30% target, into a 2% achievement obligation over a decade. In order to stimulate significant emissions reductions beyond BAU, the target would need to be increased to at least 40%. 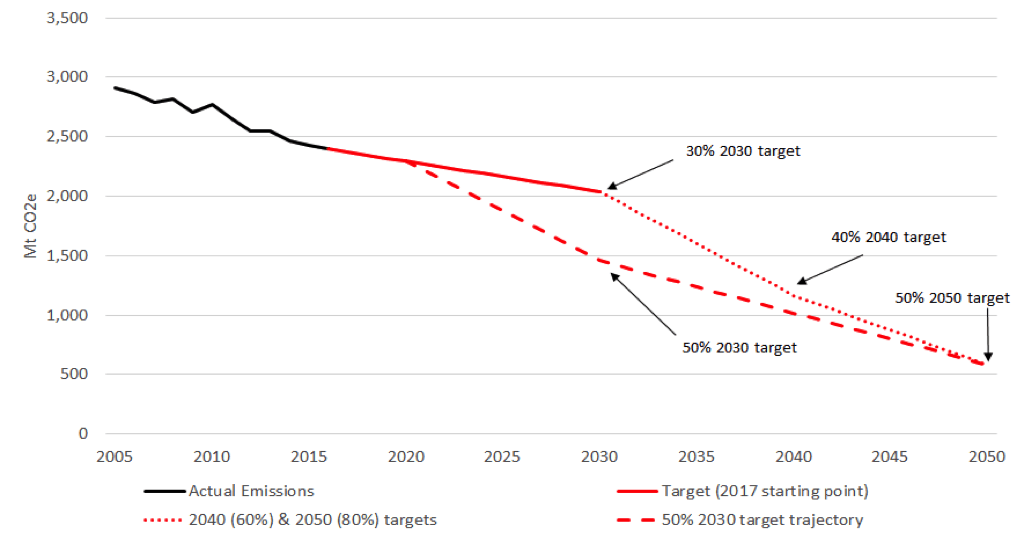 Figure 1. Comparative slopes of ESR trajectories to 2020, 2030, 2040 and 2050.
Flexible mechanisms
Our data indicates that Member States won’t realistically be able to meet the 2040 and 2050 targets on their own and might be faced with transitional shocks. We therefore welcome the proposed Green Investment and Auctioning platform proposed by the Rapporteur of this file. This is a positive step forward in setting up an architecture that will allow Member States to reach their targets collectively, at the most efficient cost, while encouraging technology transfer across the Union and setting up the path to price discovery in the sectors covered by this scheme.
There is a discrepancy between the cost-efficient potential for reductions and the national reduction targets set based on GDP/capita following the effort distribution methodology: this leads to a huge surplus, mostly bottlenecked at the Member State level. There are limited possibilities for trading at present and there is a need to equalise surplus levels through collective action until 2030. To fix this problem, Sandbag has recommended introducing an enhanced flexibility, internal to the ESR, which would allow for surpluses to be addressed and for reductions to be achieved collectively as a default option, making it possible to upscale a target without disproportionately affecting Member States.
As we previously pointed out in Sandbag’s report “Bend it, Don’t Break it”, increased Member State ESR emissions credit trading would generate economic incentives for both poorer and wealthier Member States and could reduce opposition to higher targets. Up to 2 billion tonnes of additional emission reductions could be delivered during 2021-2030 with an ESR target of 50% below 2005, if these flexibilities are added. This is equivalent to more than two years of Germany’s CO2 emissions at current levels.
Compliance and reviews
We welcome the proposed alteration of the penalty for ESR non-compliance to make it more consistent with the EU ETS. Under the existing regime, Member States that have failed to surrender sufficient allowances to cover their emissions by the compliance deadline are obliged to submit a report on how they plan to get back under budget, and are also required to pay a penalty rate of 1.08 AEAs per tonne of CO2e for any non-compliant emissions. This regime partly resembles the Kyoto Protocol, which has proved ineffective in curbing the emissions of several notable parties. In place of this system, we proposed that a €100 fine should be imposed on Member States for each tonne of non-compliant emissions, and this proposal is reflected in the new draft.
We are pleased to see that the ENVI draft includes five-yearly review clauses, in line with our recommendation, while also maintaining the annual compliance cycle. This resolves an issue left open by the Commission and brings the instrument into line with the Paris agreement.