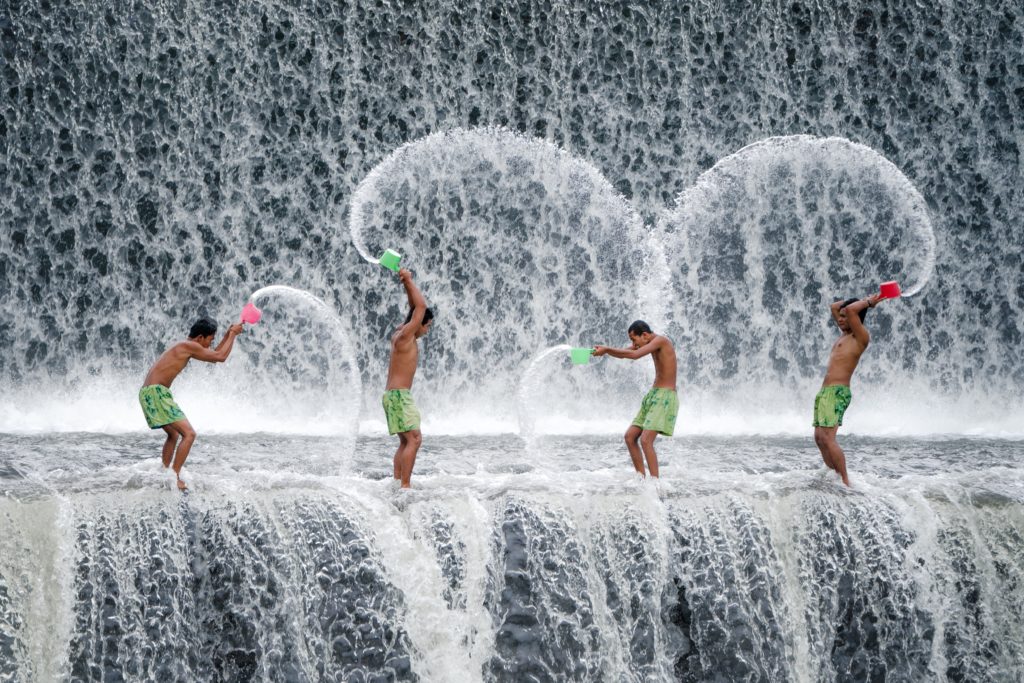 Recently agreed reforms to the EUETS mean that excess allowances in the MSR will be cancelled.  This further strengthens the case for actions such as phase-out of coal plant, increasing energy efficiency and deploying more renewables.

About a year ago I looked at whether additional actions to reduce emissions in sectors covered by the EUETS do in practice lead to net emissions reductions over time (Puncturing the Waterbed Myth, October 2016)[i].
It is sometimes claimed that total emissions are always equal to the fixed cap, and by implication additional actions do not reduce total emissions.  This is sometimes called the “waterbed hypothesis” by analogy – if you squeeze in one place there is an equal size bulge elsewhere.
Although often repeated, this claim is untrue.  Under the EU ETS at present the vast majority of emissions reductions from additional actions will be permanently retained, reflecting the continuing surplus of allowances and the operation of the MSR.  Furthermore, over the long term the cap is not fixed, but can respond to circumstances.  For example, tighter caps can be set by policy makers once emissions reductions have been demonstrated as feasible.
When I last looked at this issue, the fate of additional allowances in the MSR remained necessarily speculative.  It was clear that additional excess allowances would at least not return to the market for decades.  It also seemed likely that they would be cancelled.  However, no cancellation mechanism was then defined.
This has now changed with the trilogue conclusions reached last week, which include a limit on the size of the MSR from 2023.  The limit is equal to the previous year’s auction volume, and is likely, given the size of the current surplus, to lead to large numbers of allowances being cancelled in the 2020s.
With this limit in place there is a very clear pathway by which allowances freed up by additional actions, such as reduced coal burn or increased renewables, will add to the surplus, be transferred to the MSR then cancelled (see diagram).  Total emissions under the EUETS will be correspondingly lower.

When the market eventually returns to scarcity the effect of additional actions becomes more complex.  However additional actions are still likely to reduce future emissions, for example by enabling lower caps in future.
Policy makers should pursue ambitious programmes of additional action in sectors covered by the EUETS, confident of their effectiveness in the light of these conclusions.  Some of the largest and lowest cost gains are likely to be from the phase out of coal and lignite for electricity generation, which still accounts for almost 40% of emissions under the EUETS.  Continuing efforts to deploy renewables and increase energy efficiency are also likely to be highly beneficial.
Notes
[i] For previous work on the Waterbed Effect see https://onclimatechangepolicydotorg.wordpress.com/2016/10/21/additional-actions-in-euets-sectors-can-reduce-cumulative-emissions/ .  A study by the Danish Council on Climate Change reached similar conclusions, extending the analysis to the particular case of renewables policy.  See Subsidies to renewable energy and the european emissions trading system: is there really a waterbed effect? By Frederik Silbye, Danish Council on Climate Change Peter Birch Sørensen, Department of Economics, University of Copenhagen and Danish Council on Climate Change, March 2017
Image with thanks to Robert Collins