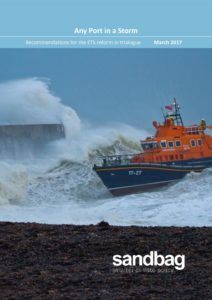 A combination of elements from the European Parliament and Council ETS positions, if maintained at trialogues, would leave the Emissions Trading System in better shape – though still with further to go to guarantee cost-effective emissions reductions.
Particularly positive would be the Council position on annual cancellation from the Market Stability Reserve (MSR), especially combined with doubling the MSR withdrawal rate.
Sandbag’s new briefing analyses which combination of the current proposals will build the most improved carbon market, and what other amendments should be introduced for a truly functional scheme.
In each case, we’ve tested the robustness of the reforms against different emission scenarios. Our conclusions are:

Alongside the report, Any Port in a Storm, Sandbag has also released this presentation with more analysis on each of the reform options (Powerpoint download).