ETS to ESR: Too much flexibility 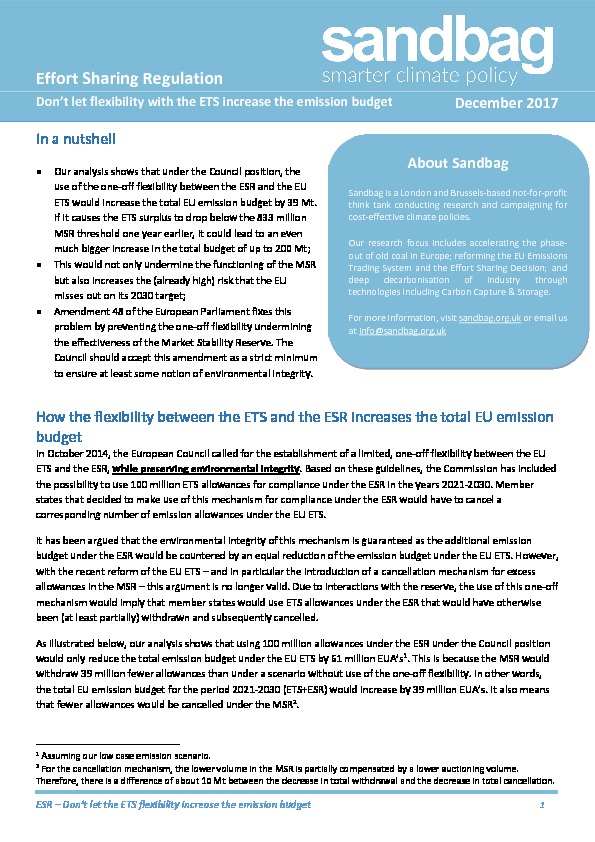 This briefing explains how the one-off flexibility between the Effort Sharing Regulation and the EU ETS reverts the progress made during the ETS trilogues, and could lead to an increase of the total EU emission budget of up to 200 million tonnes, due to the interactions with the MSR:

This goes directly against both the agreement of a strengthened MSR as reached last month, as well as against the European Council conclusions from October 2014 (which stated that the environmental integrity should be preserved when developing the one-off flexibility mechanism).
The European Parliament has put forward a solution (Amendment 48) that prevents any undesired interaction between the one-off flexibility and the MSR. According to Sandbag’s analysis, it effectively guarantees a net-zero impact of the one-off flexibility on the EU’s emission budget. The Council should accept this amendment as a strict minimum to ensure at least some notion of preserving the environmental integrity.

Image with thanks to Ken Treloar

← Double trouble in the ESR Carbon Leakage Consultation – Our response →