A tale of two surpluses 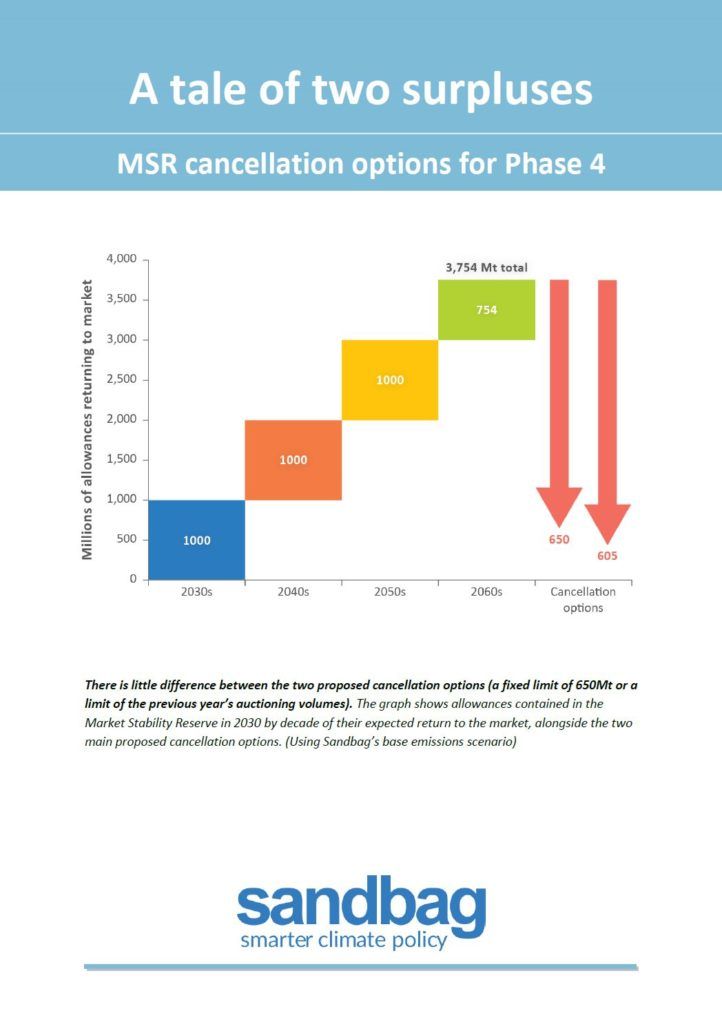 This report considers the Market Stability Reserve (MSR) cancellation options for Phase 4 of the EU Emissions Trading System (EU ETS).
A combination of elements from the European Parliament and Council positions, if maintained in trialogues, would leave the EU ETS in better shape – but with further to go to guarantee cost-effective emissions reductions.

We continue to believe that the best solution is to remove the surplus from the market quickly by readjusting the starting point of the Phase IV cap to reflect the real-world level of emissions. The European institutions have correctly decided to link the Effort Sharing Regulation to real emissions; the same should be done for the ETS. It’s a simple question of taking stock: we can’t expect the EU to land in 2040 using emissions estimates from 2007, and this exercise will have to be done periodically.

← The Carbon Leakage Conundrum Brexit & the EU ETS: Greater as the sum or in parts? →