Options for Reforming the EU ETS 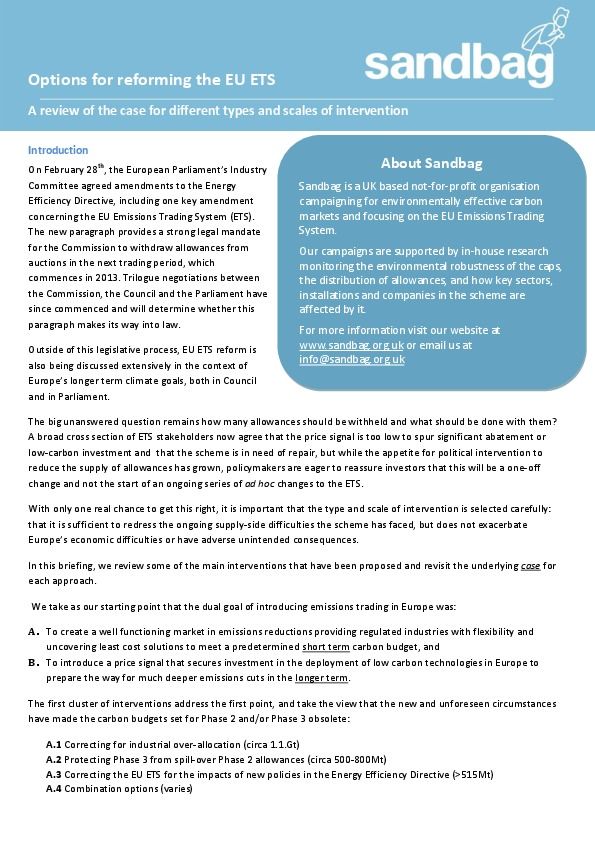 This briefing is prepared to coincide with the meeting of Energy and Environment Ministers in Horsens Denmark. It reviews some of the main options for ETS reform, exploring measures both to fix the supply of allowances in the short term and also to establish an investment framework that prevents carbon lock-in over the long term.
We conclude that a substantial set aside is urgently needed, which not only accounts for new surpluses under the Energy Efficiency Directive but also corrects for existing surpluses caused by industrial oversupply. We argue that these allowances should later be cancelled through a re-opening of the Directive in order to reap an environmental benefit and not merely an improved investment signal. We recommend establishing a new linear reduction factor for the scheme which aligns with Europe’s 2050 climate goals, effective from 2020 at the latest. Finally, we discuss features which might be introduced to the scheme if the Directive is reopened to protect from unexpected demand fluctuations on an ongoing basis.
Skills Posted on