29th May 2019 – In this report, produced with Climate Action Network (CAN) Europe, we examine the draft National Energy and Climate Plans (NECPs) of 21 EU Member States which still use coal for electricity generation. We found that only eight are committed to phasing out coal by 2030.

Meanwhile, the Member States planning to stick with coal are doing so despite most benefiting from various EU energy transition support schemes – including the European Commission’s Coal Regions in Transition Platform.

To meet the commitments made under the Paris agreement, the EU should phase-out coal by 2030. On current plans, there would still be 60 GW of installed coal capacity in the EU in 2030, a reduction of only 58% compared to current levels (143 GW).

Just Transition or Just Talk? reveals that too few Member States have grasped the speed and scale of the action needed to transform their energy systems over the next decade. 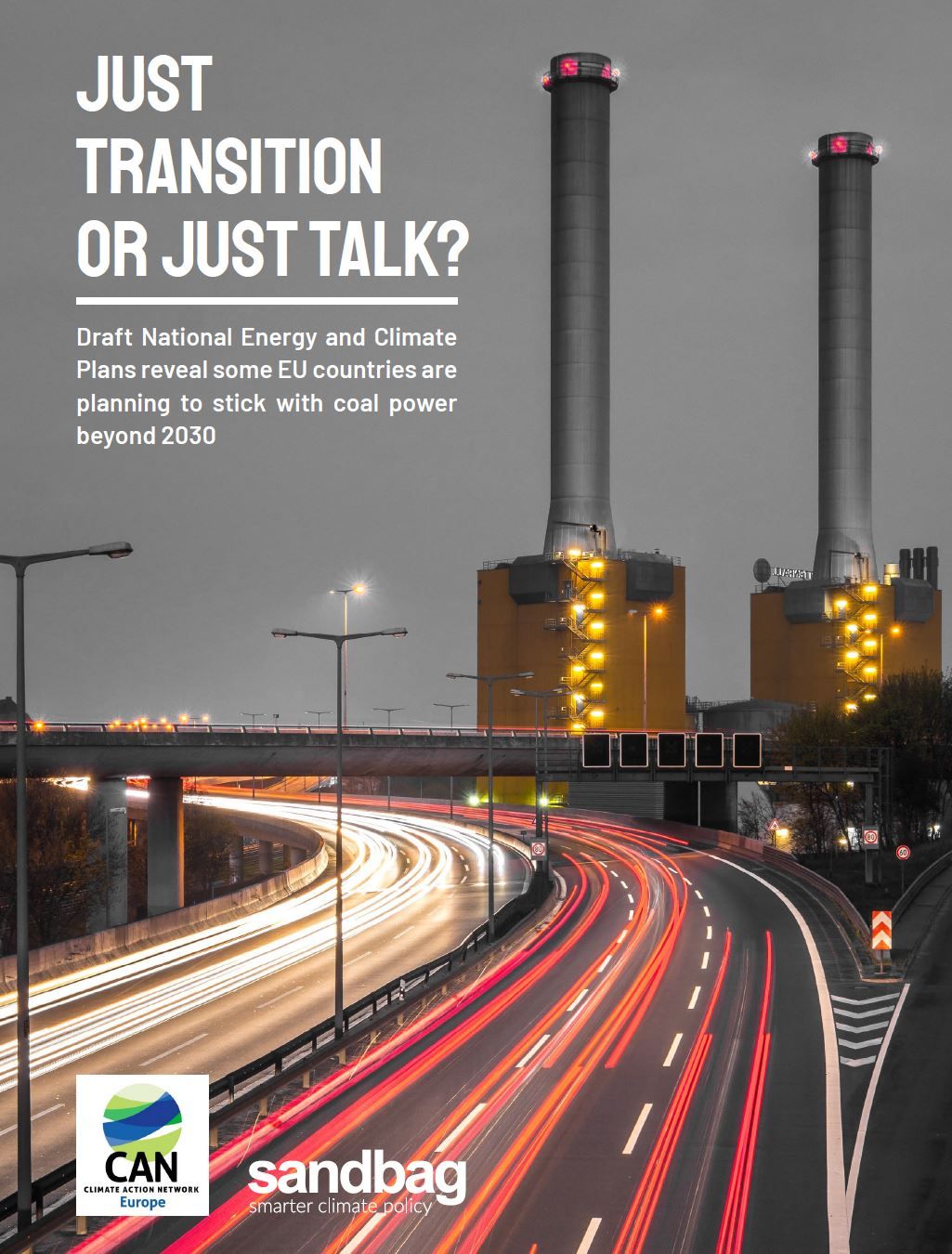 What are EU Member States plans for coal power?

2 Member States will phase out coal – but not as an explicitly stated objective in their draft NECPs.

11 Member States do not plan to phase out coal by 2030, with some showing little or no coal capacity decrease vs. 2019. 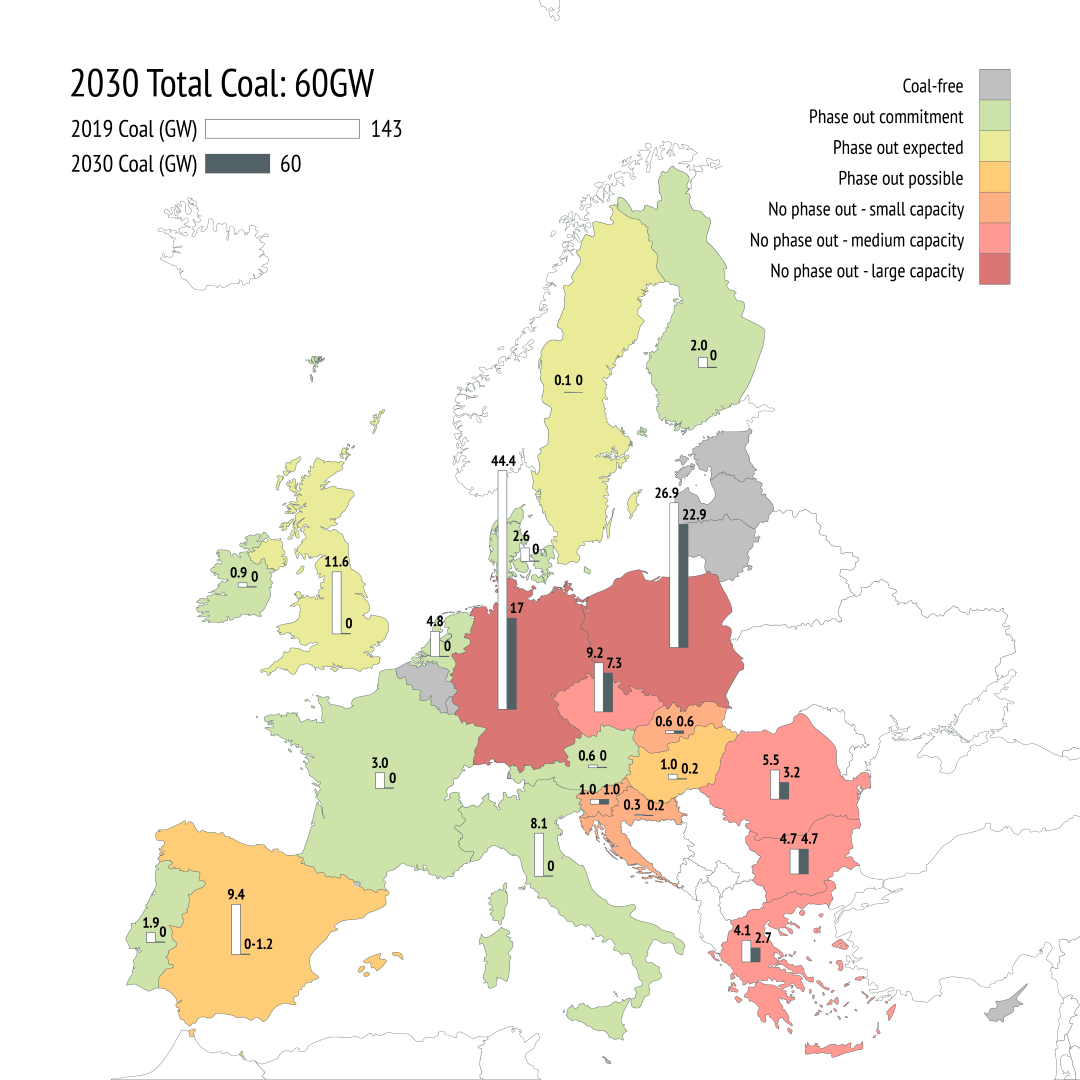 “Coal-reliant Member States want to have their cake and eat it with just transition funding. The European Commission can only continue to support these Member States if they come up with realistic plans for moving away from coal.”

“What remains of the European coal fleet is inefficient, old and dirty. A credible NECP requires a plan for coal. Member states should use the process of developing their NECPs as an opportunity to outline a detailed path towards achieving a net-zero economy by 2050. A coal phase out by 2030 is the first step along this path.”

“The European Commission needs to hold governments to account on the quality of their NECPs. Climate laggards should not get a free pass. The EU needs to support the just energy transition in the coal regions informed by credible and ambitious commitments clearly articulated in the NECPs. A just energy transition away from coal cannot be “just talk” anymore.”