Event- Should the UK leave the EU carbon market? 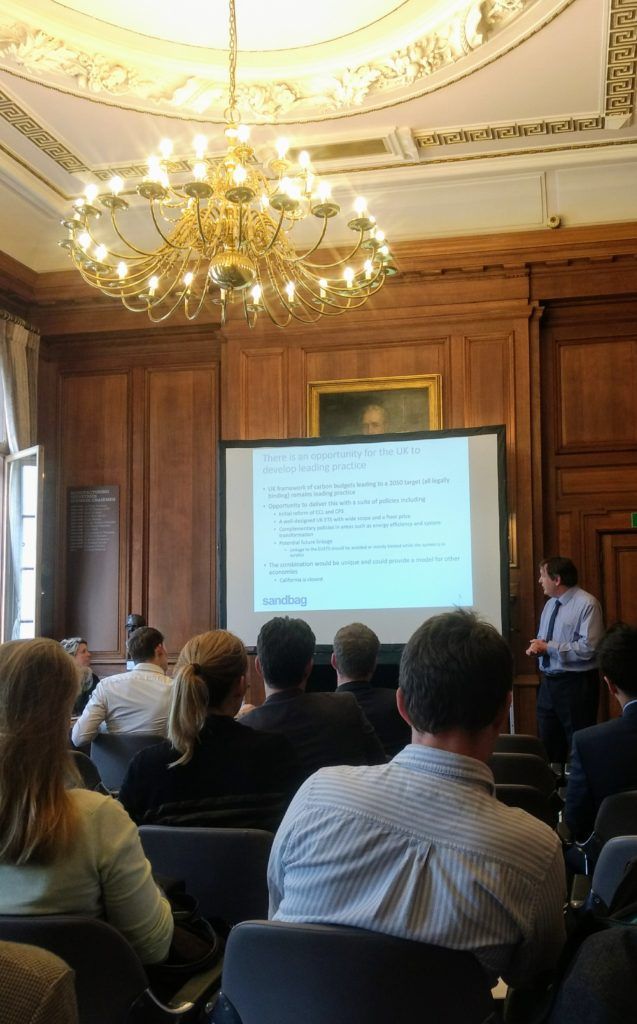 Earlier this week, Sandbag launched its new report on what Brexit means for the EU carbon market at the Institute of Mechanical Engineers in Westminster, with responses from Richard Howard of Policy Exchange and Baroness Worthington of the Environmental Defense Fund Europe.
Sandbag’s analysis shows that if the UK leaves, the size of the persistent EU ETS surplus would be only slightly reduced – by 230 million tonnes (about 1.5% of the Phase 4 cap). The decision on whether or not to leave the EU’s common carbon market is therefore ultimately a political one.

At the event, report lead author Adam Whitmore talked through the options after Brexit, though made clear that the UK Government’s current approach makes the possibility of the UK staying in the EU carbon market unlikely in the long term.

Under most scenarios, the EU will need a new cap that excludes the UK. Removing only the UK allocation from the cap would lead to lower percentage reductions for the EU27, and would not be consistent with 2014 Council Conclusions 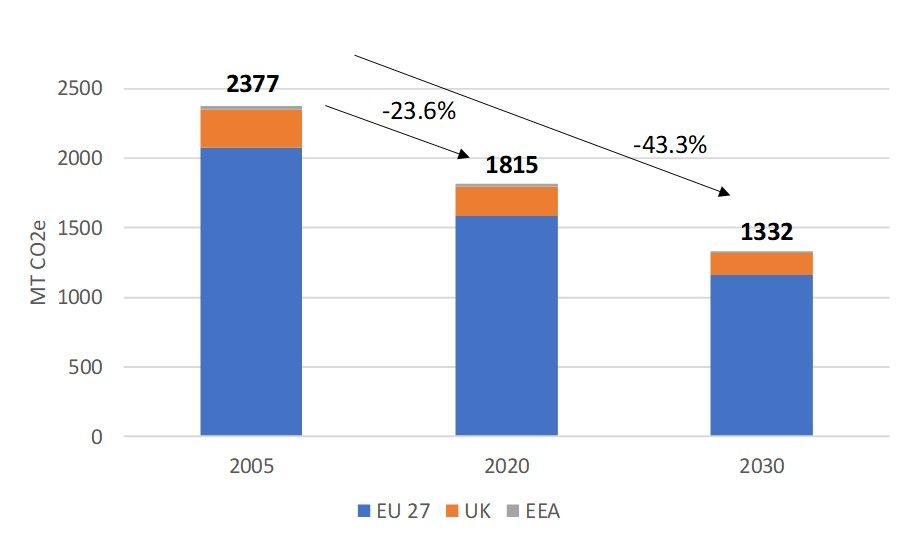 The UK’s departure leads to a net tightening of the cap, as UK emissions are below its “share” of 2005. The net tightening is 745 million tonnes over Phase 4 (about 5%) 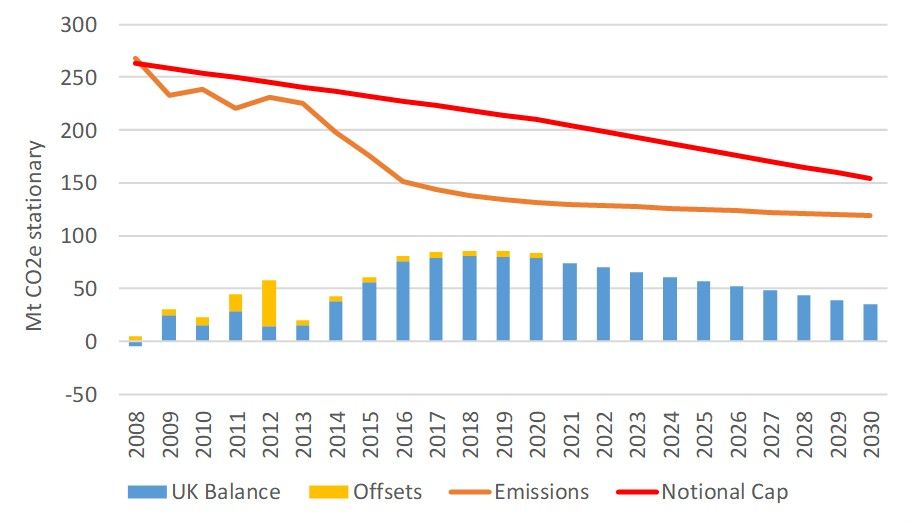 However the reduction in the cap from the UK leaving will make little difference to the supply-demand balance in 2030. Much of the additional surplus available with the UK as part of the scheme is swept up by the MSR and, under the Council agreement, eventually cancelled (or remains in the MSR if no cancellation).
Consequently the supply demand balance is less different than the additional scarcity initially suggests by the time the market returns to shortage. It would be just 230 million tonnes (about 1.5% of the Phase 4 cap). 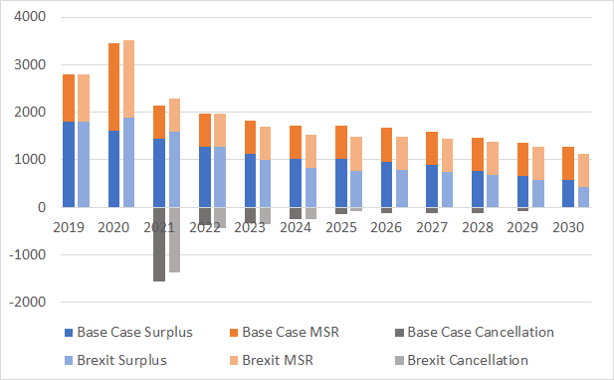 Is this an opportunity for UK leadership?

The UK framework of carbon budgets under the Climate Change Act, leading to a 2050 target (all legally binding) remains leading practice. Brexit gives the opportunity to deliver this with a suite of new and improved policies. Initially, this could involve a strengthening of the Carbon Price Support and the Climate Change Levy, which already impose a carbon price signal across the UK economy.  At the same time, there will be a need to change the accounting for UK carbon budgets, to align with real emissions not the ETS, whether or not the UK stays in the EU ETS. 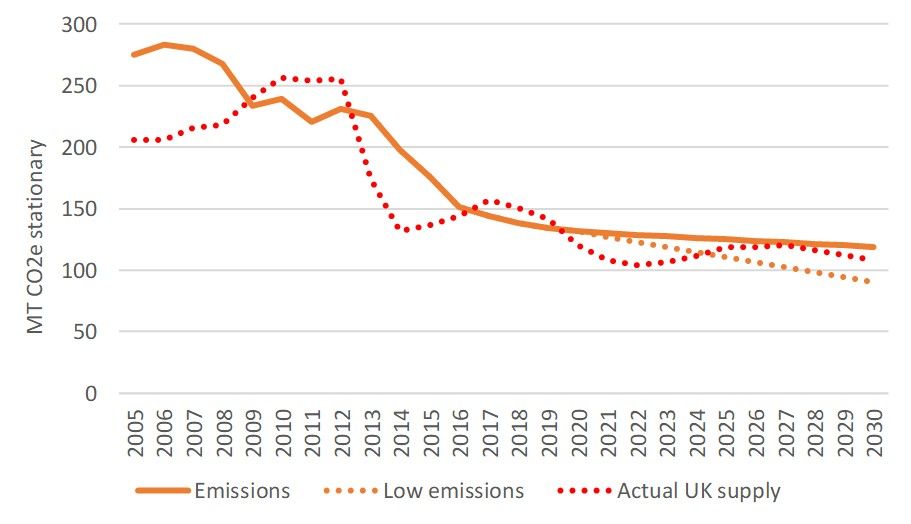 In the medium term, this could be a chance for a new and improved UK-only carbon market, with a wider scope, border carbon adjustments, and a floor price. Alongside this complementary policies would have to be pursued, in areas such as energy efficiency and system transformation.
Following the setup of a UK ETS, linking could be considered. However, linkage to the EUETS should be avoided or strictly limited while the European system remains in surplus, likely throughout Phase 4. Other more robust markets such as California could be possibilities.

A UK-only ETS would not be exceptionally small in comparison with other markets, particularly if scope was increased to a similar level as California’s. 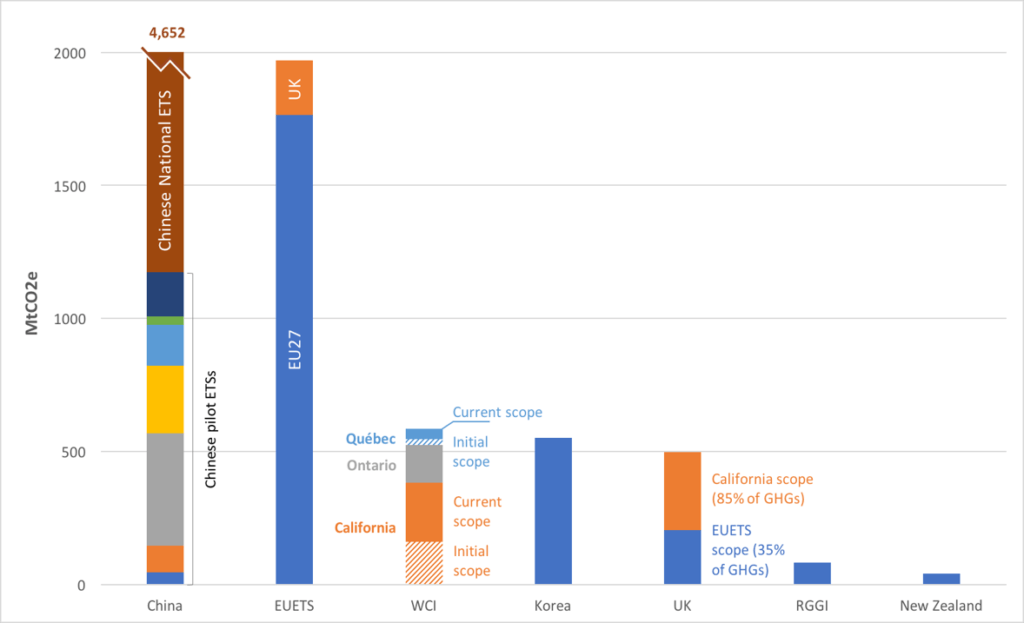