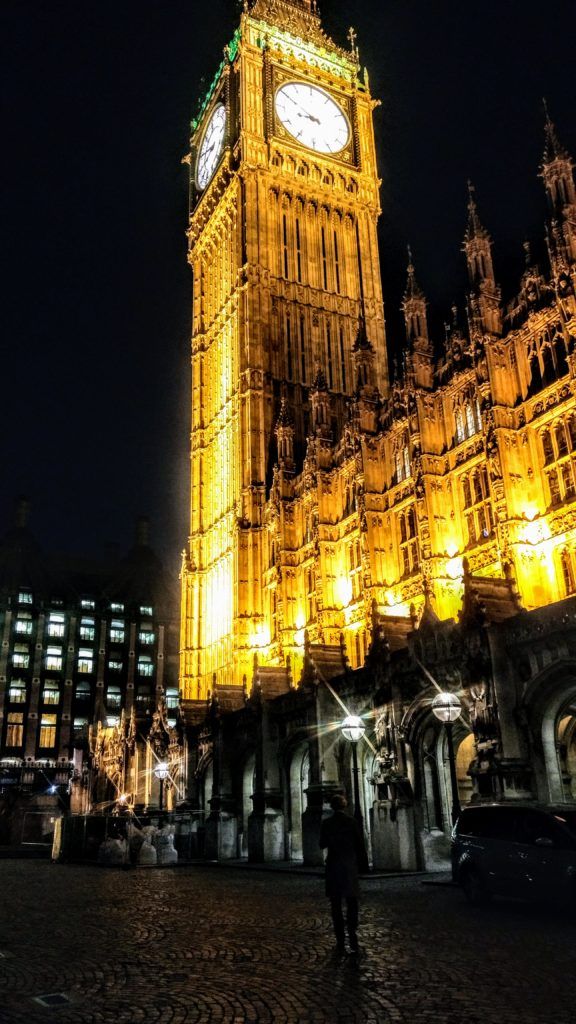 Brexit is the Climate Change Act’s first major test, but the legislation is equal to the task

The Climate Change Act as a world first
The UK updated its first Climate Change Programme in 2006, and found in doing so that total emissions reductions fell short of meeting the Government’s then ambition of reducing CO2 emissions by 20% on 1990 levels by 2010. It was clear from this that stronger architecture was required if a more ambitious approach to climate policy was to emerge in future. The idea of a Climate Change Act pushed back against the conventional view within the UK government system that legislation is not an appropriate vehicle for targets or statements of intent, which belong in the realm of policy, and are by nature subject to changes of political priorities and leadership. It is also a truism of British constitutional thinking that Governments and Parliaments cannot bind their successors: the proper role of legislation is generally to put in place the specific instruments to deliver policy. Nonetheless, propelled by a combination of political forces and events within and outside Whitehall, a Climate Change Bill was initiated. Part of the vision among those involved in the draft Bill was for a “technocratic” approach which tried as far as possible to take political uncertainty out of climate policy decisions.
The Climate Change Act 2008 filled a strategic gap, setting a clear framework and ensuring ongoing impetus for UK action, all the way to 2050.[1] No other previous instrument required overall UK delivery of carbon reductions; there were only piecemeal, shorter-term EU requirements and the Kyoto Protocol. The process-based approach taken by the Bill played to the fact that government machines excel at running processes, and for the most part will carry on doing so regardless of the level of political interest. As part of its processes, the Act’s framework forces regular consideration of the issues by Parliament. Ongoing Parliamentary scrutiny arguably contributes to the fact that Governments are likely to seek to comply with the Act, and indeed as far as possible to respond positively to recommendations made by the Committee on Climate Change.
Internationally, the Act has greatly enhanced the UK’s leadership on climate change. It has also been directly influential with other national governments in deciding their own approaches to climate legislation. The 2015 Grantham Institute Global Climate Legislation Study found that:

Clarity in the face of change
UK Ministers have been mindful of the Act when making decisions on power generation as well as on other emissions-related policies, and the Treasury has continued to support measures on heat, low-carbon vehicles, agricultural emissions reductions, public sector energy efficiency and elsewhere, even as spending has been reined in across the board. Many high-level climate and energy policy publications have cited both the UK’s 2050 target and the advice of the CCC as part of the overarching rationale for proposing the policies. In addition, in February 2015 all political parties signed an agreement to work together, across party lines, to agree carbon budgets in accordance with the Climate Change Act.[2]
The CCC’s advice merits a particular mention. Since the Committee’s set-up, it has consistently managed to produce high-quality advice across all sectors that is robust and impartial while nonetheless politically aware. This ensures that the Government is continually provided with both detailed supporting analysis and substantial challenge – a vital element of ensuring that it retains focus on implementing the right policies to meet the budgets.
The UK has made good progress in reducing emissions in the power sector in recent years. This is due in particular to the rapid decline in coal generation: the UK saw its coal power plant emissions plummet by 58% in 2016, and by 71% over the period 2010-2016. Nearly every UK coal power plant has seen its generation collapse, thanks in large part to the UK’s carbon price floor – an £18/tonne top up to the EU ETS price – as well as to the UK Emissions Performance Standard. Renewables generation has also increased, though from a low base and so far insufficiently to meet the gap left by reducing coal and nuclear generation. However, there are continued well-documented struggles to reduce emissions in other sectors, especially transport and residential gas use.
The CCC reported in 2016 that the UK is not on track to meet its 2050 target, and at the time of writing this report, the Government has not yet published its latest set of policies and proposals for meeting carbon budgets, which were required by the Act to be published by the end of 2016 or as soon as possible thereafter. We urge the Government to publish that report promptly.
Meanwhile the implications of recent political changes in the UK are at the forefront of the national mind. Even with ongoing consensus among the main party leaders on the need for climate action, many more issues compete for airspace and there is more limited bandwidth in Whitehall for ensuring delivery than was the case in 2008. Clarity and direction are needed now more than ever: the Climate Change Act is coming into its own. A critical aim for UK climate policy experts should be to ensure that the technocratic hook offered by the Act is used to full effect. As part of that, there needs to be a clearer, more stable and more transparent approach to setting out and monitoring the delivery of policies from within Government, taking into account the CCC’s advice. 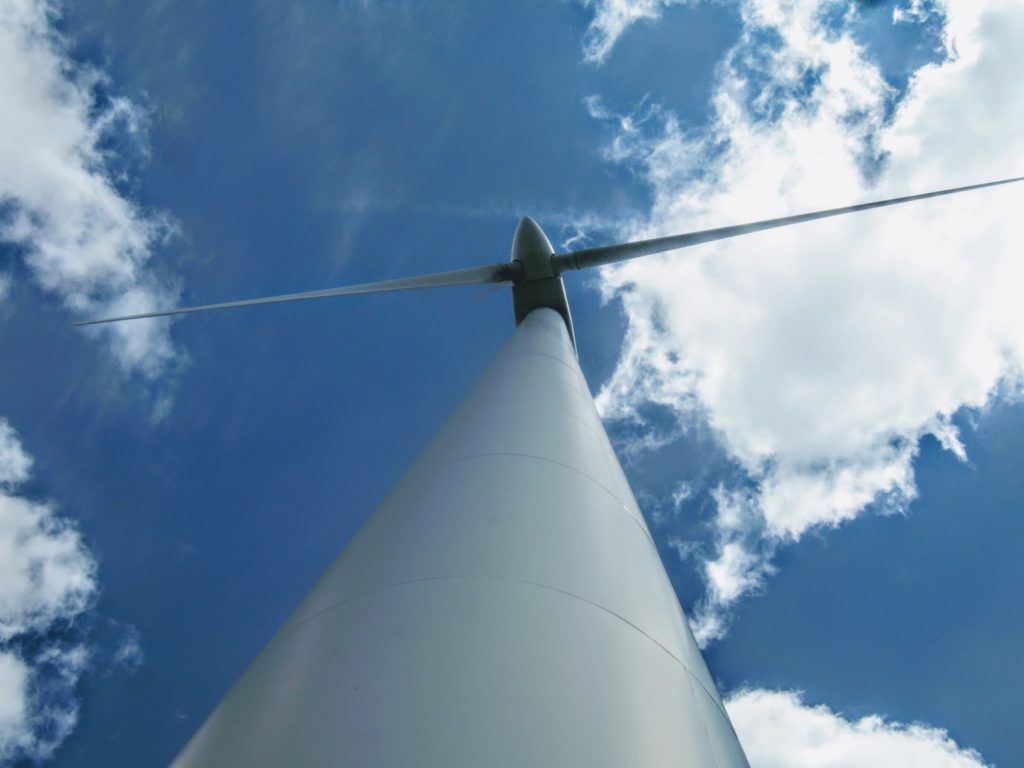 Under the Act, the UK power sector has decarbonised faster than any other major European economy.

The lasting value of a Climate Change Act
In its 2016 report on Brexit the CCC said:

“The carbon budgets legislated so far are at least as challenging as the EU’s commitments to tackle climate change. They must continue to be met after the UK has left the EU. New UK policies will be needed to reduce emissions where policies previously agreed through the EU no longer apply or are weakened.”

For other countries currently considering whether to introduce framework climate legislation, we suggest that the the UK under Brexit is an excellent example of the added value of such legislation, even if supranational frameworks also exist.
A useful comparison of how some countries are struggling to articulate clear emissions reduction strategies is set out in WWF’s new report A Climate for the Future: Assessing EU Member States’ Low-Carbon Development Strategies and lessons for Energy Union governance. The report highlights the fact that only eleven out of the twenty-eight Member States delivered a Low-Carbon Development Strategy by January 2015, as required under EU law. It also ranks the eleven compliant Member States in terms of the quality of their reporting, across a range of metrics. The UK scores second highest (after France), largely as a result of measures implemented under the Climate Change Act. At the bottom end of the table are Germany, Greece and Cyprus, which are pulled up (to varying extents) on issues including analytical basis, ambition, actionability, integration, political commitment, scope and monitoring – all of which can be addressed by the right legislative approach.
Carbon accounting…and the EU Emissions Trading Scheme
Sandbag has been in the vanguard of organisations calling for UK carbon accounting to be managed on the basis of actual emissions, rather than defining power and industrial sector emissions on the basis of EU ETS allowances. Given the vast surplus in the EU ETS (which looks unlikely to be addressed in any meaningful way before 2030 at the earliest), the current system of accounting offers no incentive for the power sector to decarbonise: on the flip side, this is also missing an opportunity, given that actual UK emissions in the ETS sector are decreasing faster than in the non-traded sectors.
In the light of Brexit and the uncertainty about the UK’s future relationship with the EU ETS, as well as the Scottish government’s decision to switch to actual emissions accounting, we believe this change is more necessary than ever. Meanwhile, watch this space for an imminent briefing on how we think the UK’s relationship to the EU ETS ought to play out.